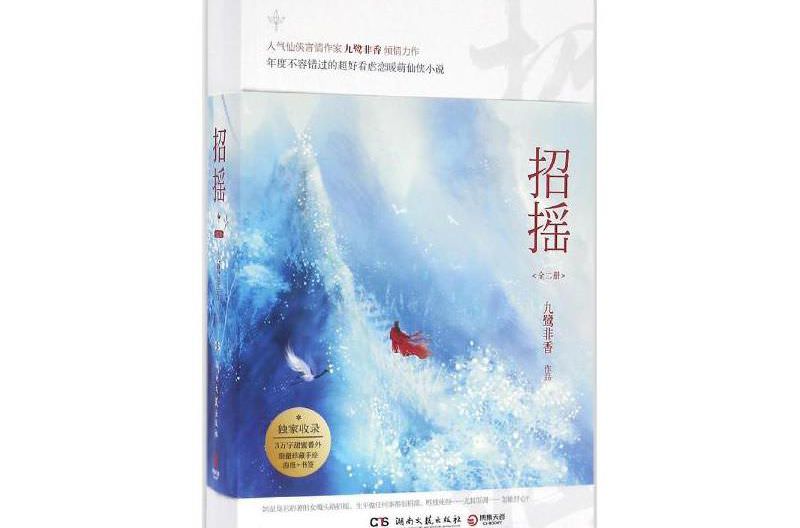 Omg, I didn’t realize that there was a drama adaptation of one of 九鹭非香 Jiu Lu Fei Xiang’s novels (pretty slow of me here), but now that I knew I’m so excited!!! Excuse me for not posting more chapter part posts xD as I got excited and wanted to post something else besides translations 😅 It’s been so long since I did something else, heh.

Anyhow for those who aren’t aware of the novel, I’ve attached the novelupdates link, but I feel that most readers here enjoy reading her novels and may have heard of Ostentatious Zhao Yao before.

Note: Tread carefully below as there are SPOILERS!!! DO NOT READ if you don’t want to be SPOILED 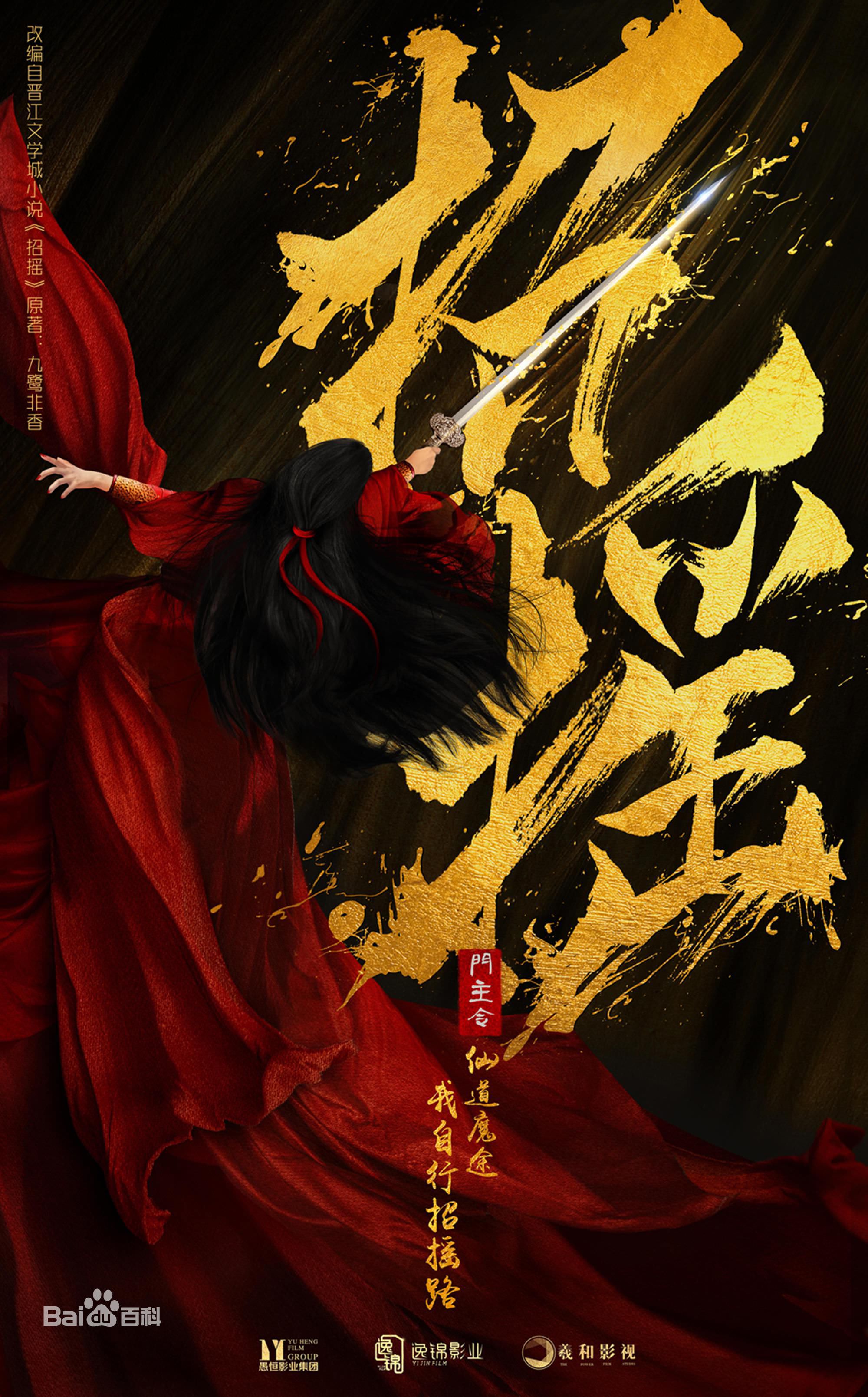 Episode Length: 45 minutes | Episodes Count: 40 episodes (some places put 50 eps but assume the least amount is 40 and episodes count are subjected to change)

Broadcaster: iQiYi  |  Broadcast date: Expect December, may be pushed to January (no broadcast date is fixed in drama world lol)

Timeline: June 12, 2017 was when the drama was revealed at Shanghai TV festival. October 27,2017 was when they first launched the start of filming. On January 16, 2018, they held a screening event at Wan Lu Men conference.

An one of a kind xianxia story with the right amount of action, humor, cuteness and drama that is told from the POV of the master of a Demon Sect. After her ‘death’, she is determined to regain her place ass King.

Lu Zhao Yao (Bai Lu) is the fearless leader of Wan Lu Men. She falls into a dangerous situation while she was attempting to claim the sword that the Old Demon King left behind. She mistakenly assumes Mo Qing (Xu Kai) to be the culprit who betrayed her.

Five years later, Lu Zhao Yao manages to establish a connection with Qin Zhi Yan (Xiao Yan) of the Immortal Sect. She also returns to Wan Lu Man, hoping to reclaim her position as the leader. However, Mo Qing has already taken back his identity as Li Chen Lan, the son of the Demon King, and currently sits in the center of power. Lu Zhao Yao entices him to steal another sword for her sake while she colludes with Jiang Wu (Dai Chao) with a scheme of her own.

Contrary to expectations, Lu Zhao Yao gets kidnapped by Jiang Wu instead. Secrets from the past are revealed and Lu Zhao Yao realizes who her enemies are and who has stayed by her side all along. 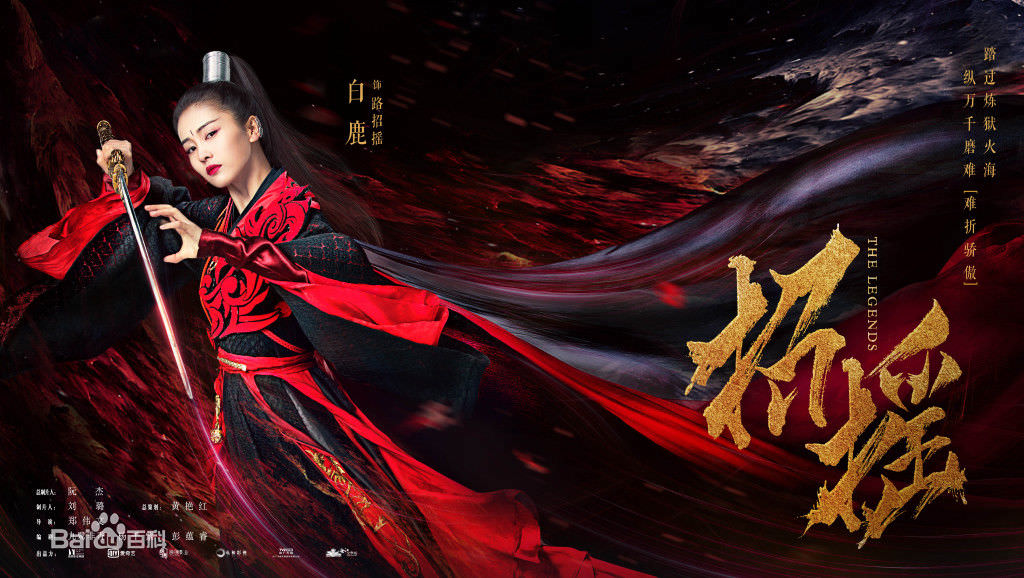 Bai Lu as Lu Zhao Yao, our feisty demonic leader of the Wan Lu sect. An unbridled character that often lands herself in funny situations. When she sought to recover the sword of the former demon king, she was ambushed by the ten immortals sect and “died”, losing her leader position to Mo Qing (who she thought betrayed her). Later she came back to reclaim her leader position. After a series of events, she eventually discovers who are really her foes. 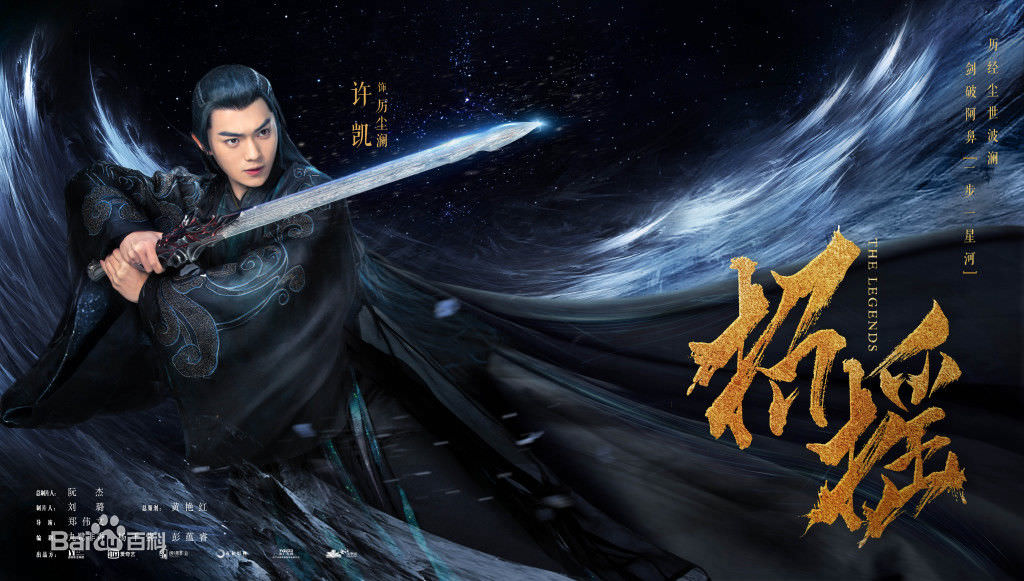 Xu Kai as Mo Qing, the disfigured male lead. He loves Zhao Yao dearly, but through a series of misunderstanding, he has obtained the former Demon King’s sword after the ambush of the ten immortals sect. It turns out that he is actually the son of the former demon king, Li Chen Lan whose power dwelled inside his body and is waiting to be awaken. Five years after the “death” of Zhao Yao, he claims the leader position and sits in power. 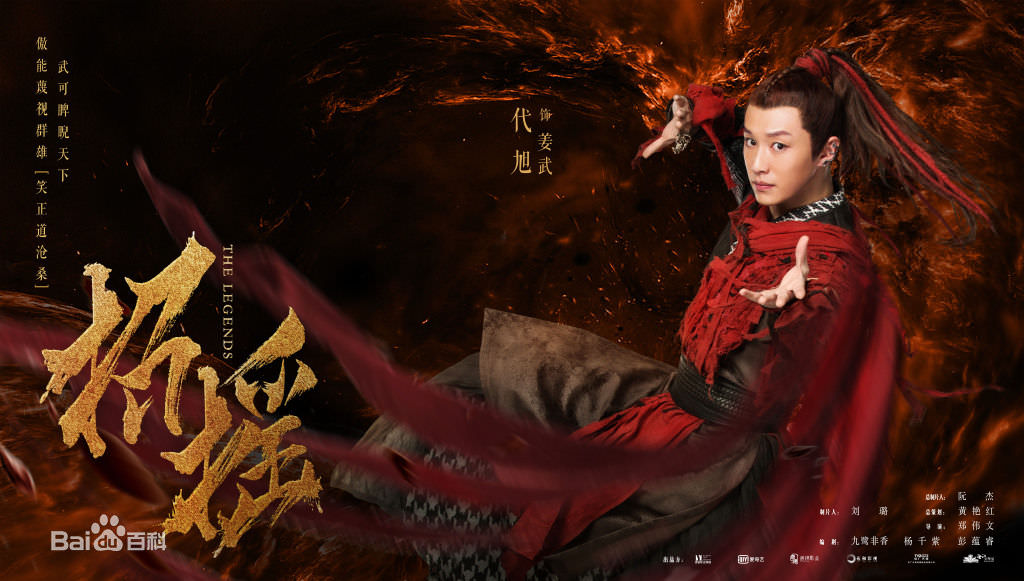 Dai Xu as Jiang Wu as the refined lad on the demonic path whose ruthless strategy is to  pretend to idolize Zhao Yao, winning her trust in him until the time is right where he aims to take over the Wan Lu sect and kill Li Chen Lan. Jiang Wu occupies Feng Prefecture City and then met Zhao Yao whose interactions ended up captivating him…. so they ended up collaborating a scheme for her to take back Wan Lu sect, but naturally as any villain, he has his own set of plans. 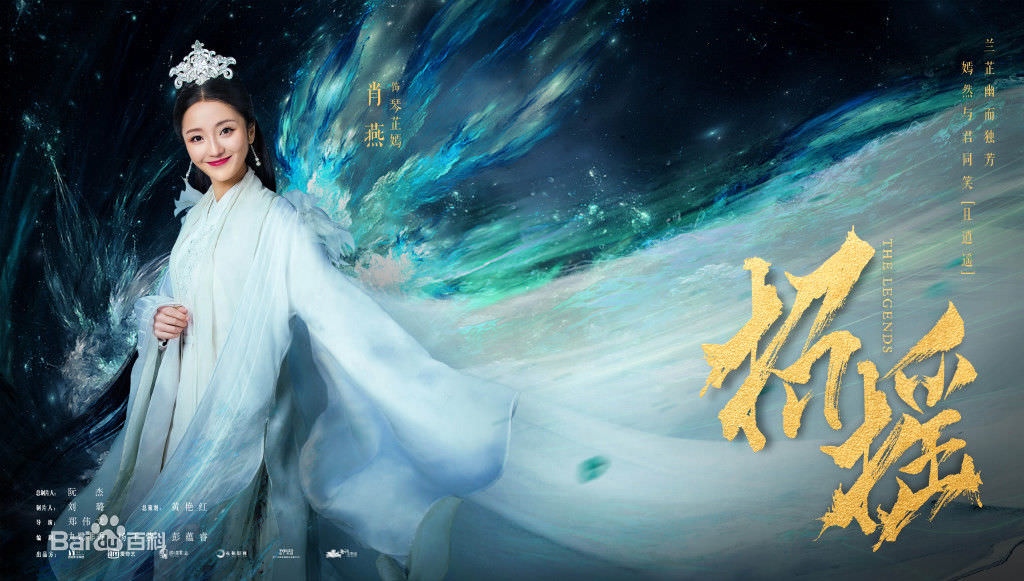 Xiao Yan as Qin Zhi Yan, is a member of the ten immortals sect, someone who has a gentle and calm disposition, but is tough inside. Her father was harmed and so she sought to take revenge against the Wan Lu sect. She ended up forming a spiritual connection/linkage with Zhao Yao.

Bunch of drama (a lot of the OTP) stills: 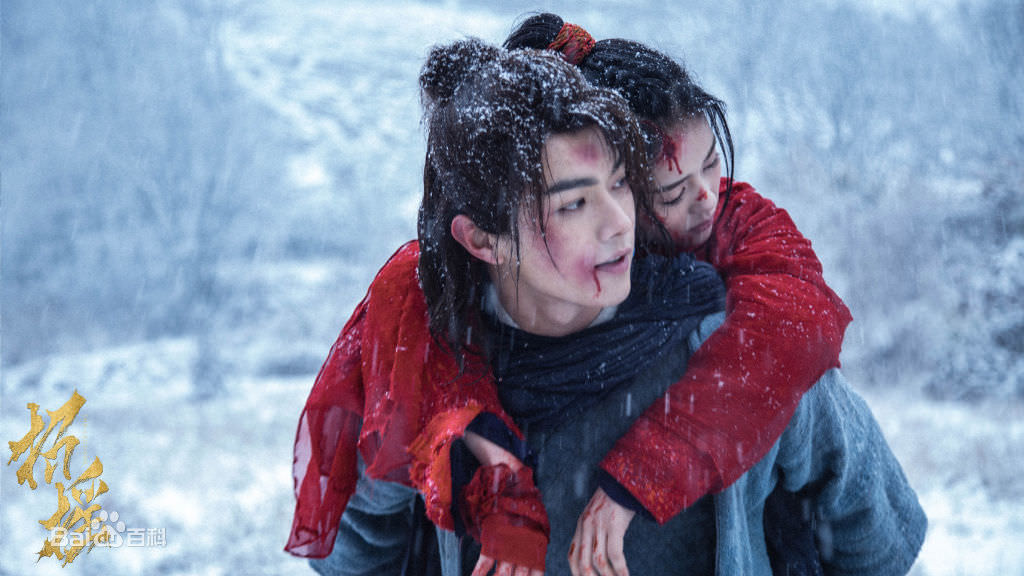 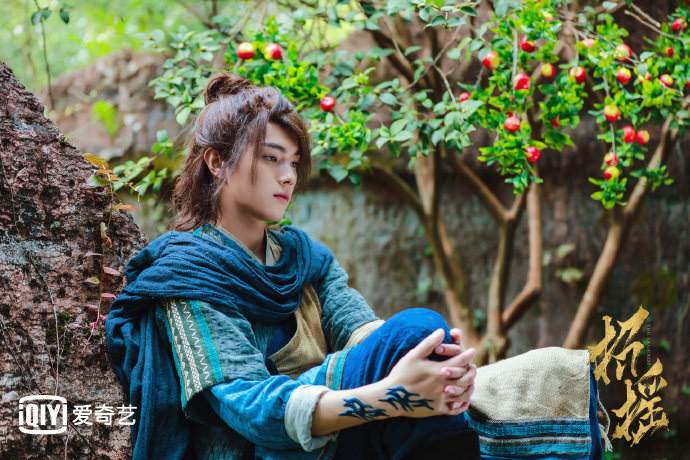 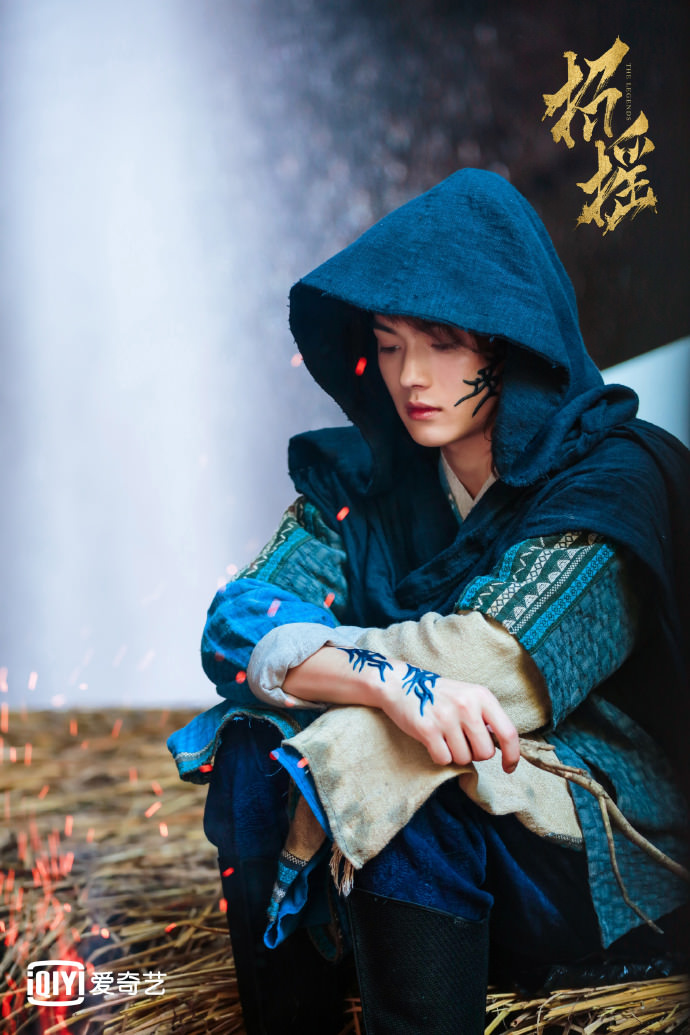 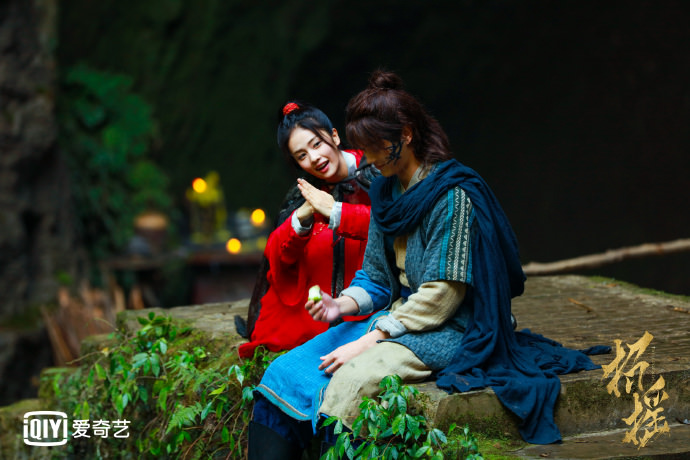 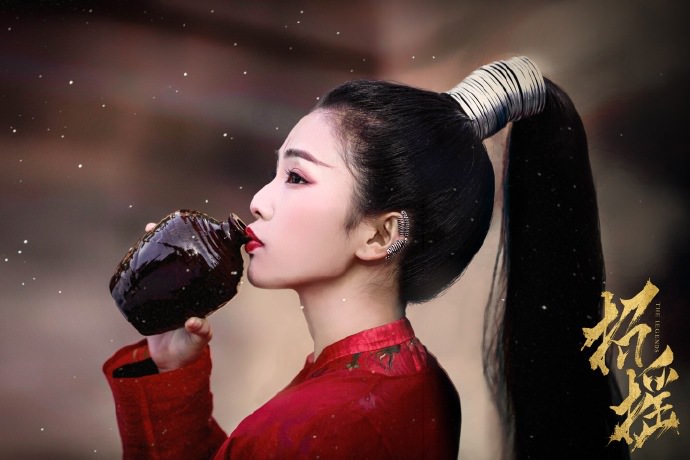 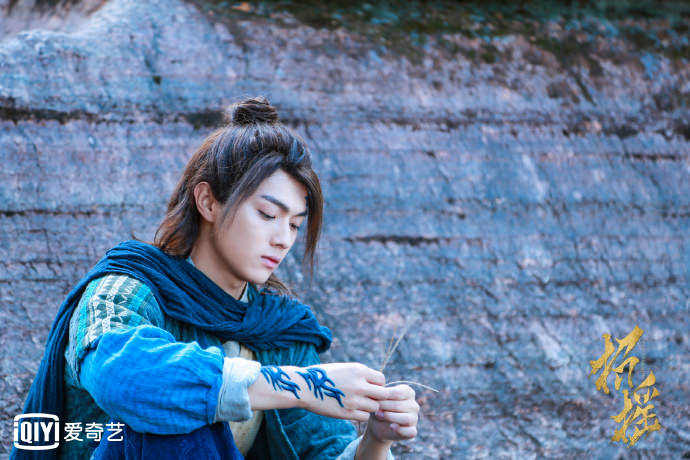 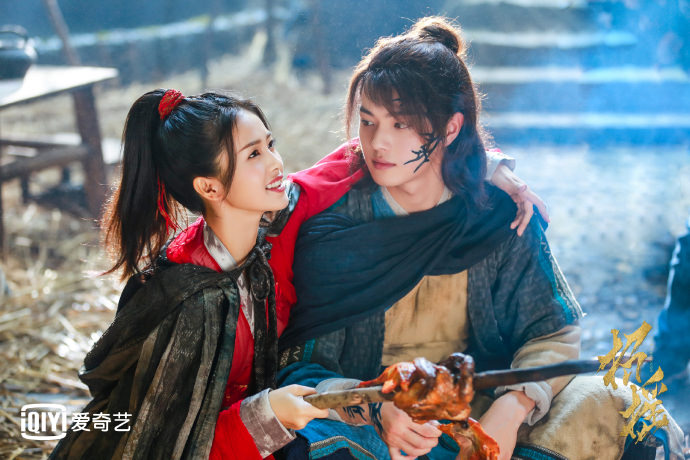 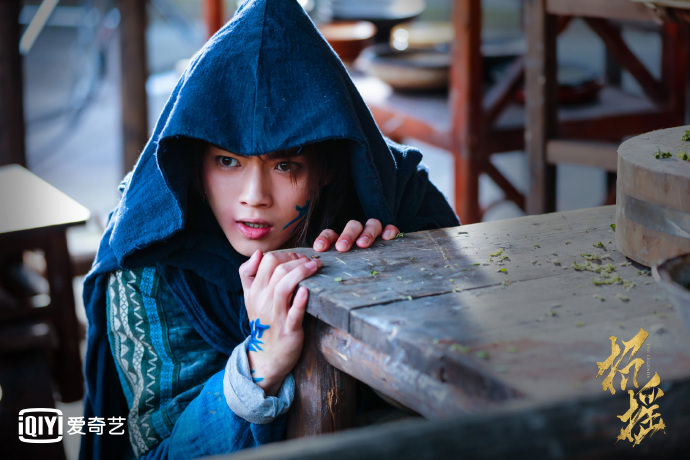 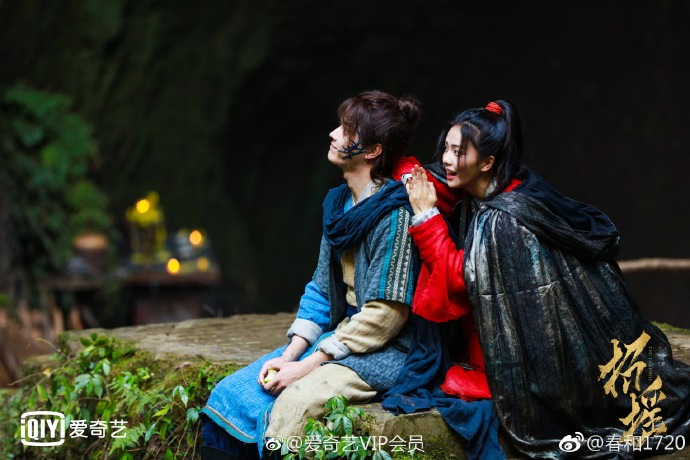 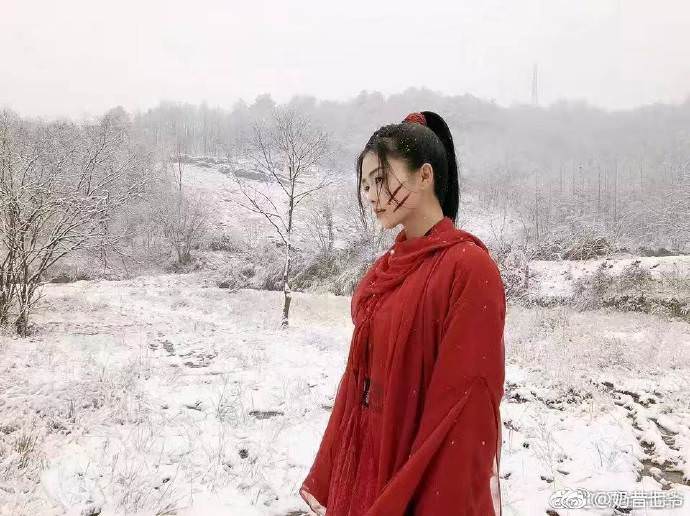 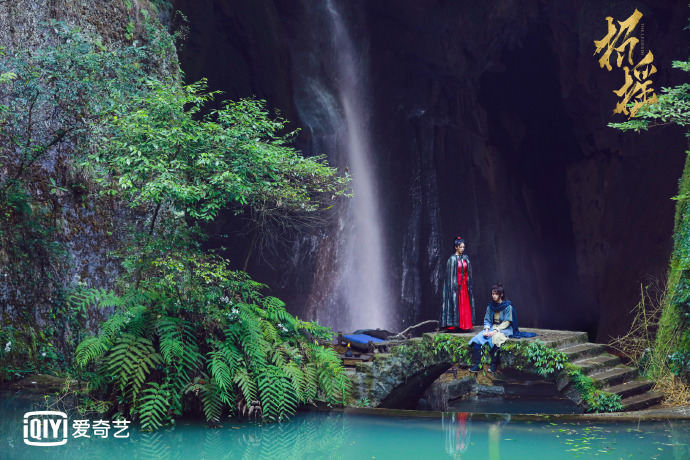 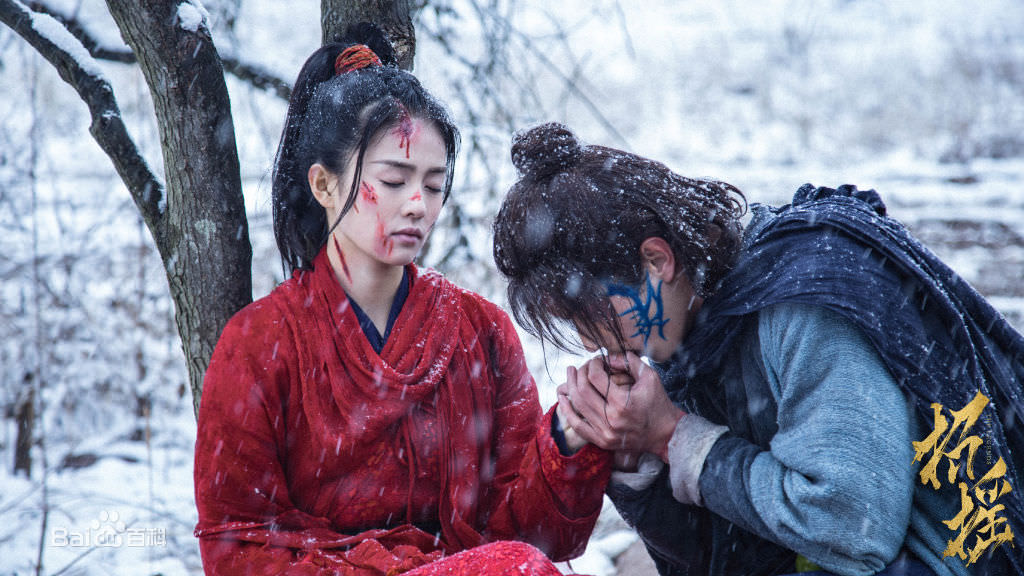 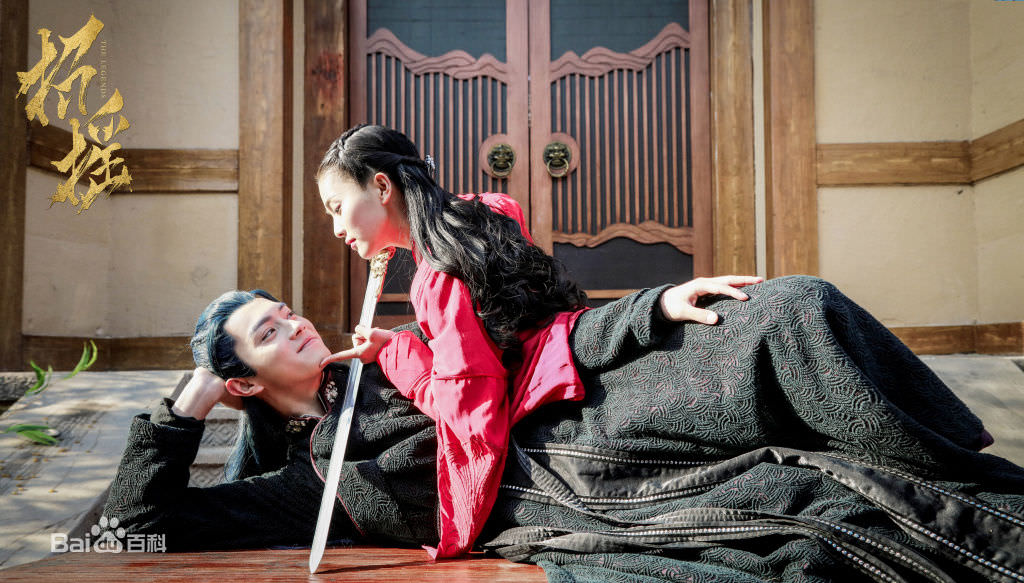 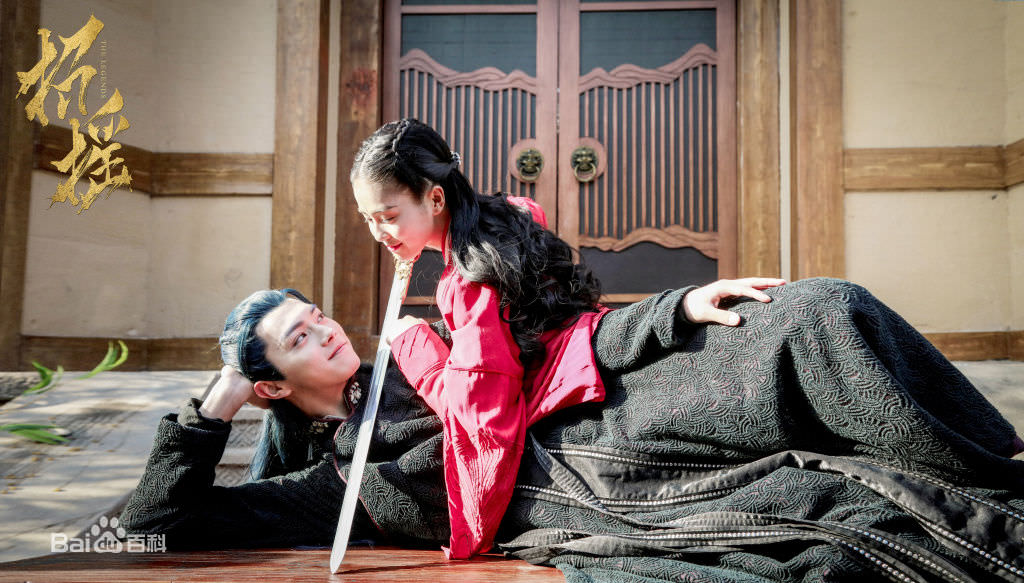 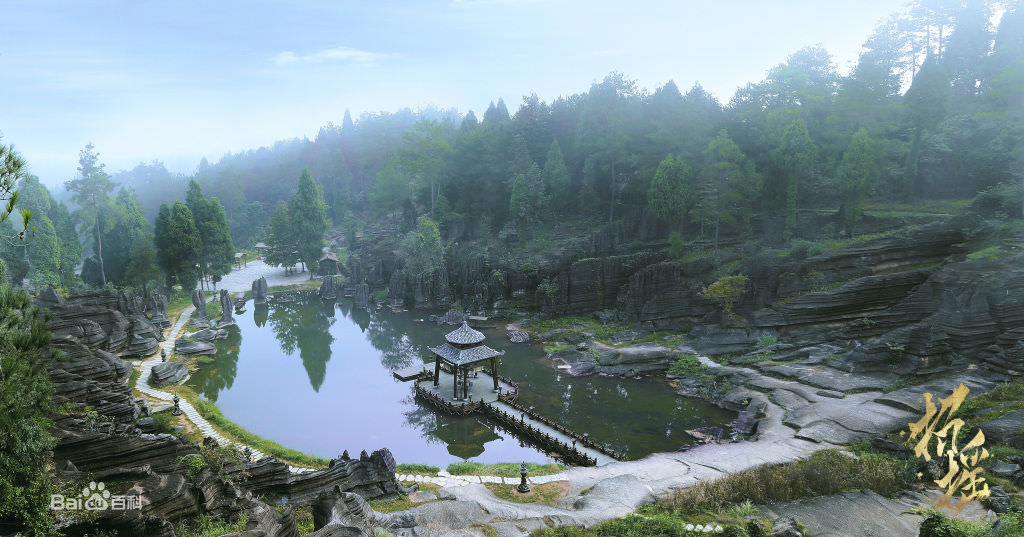 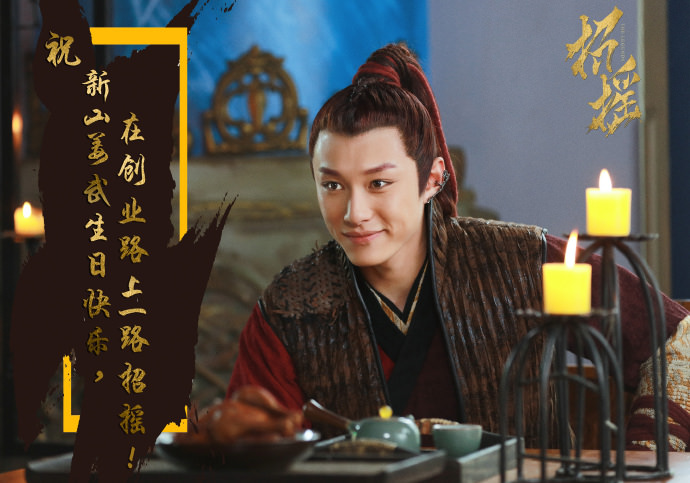 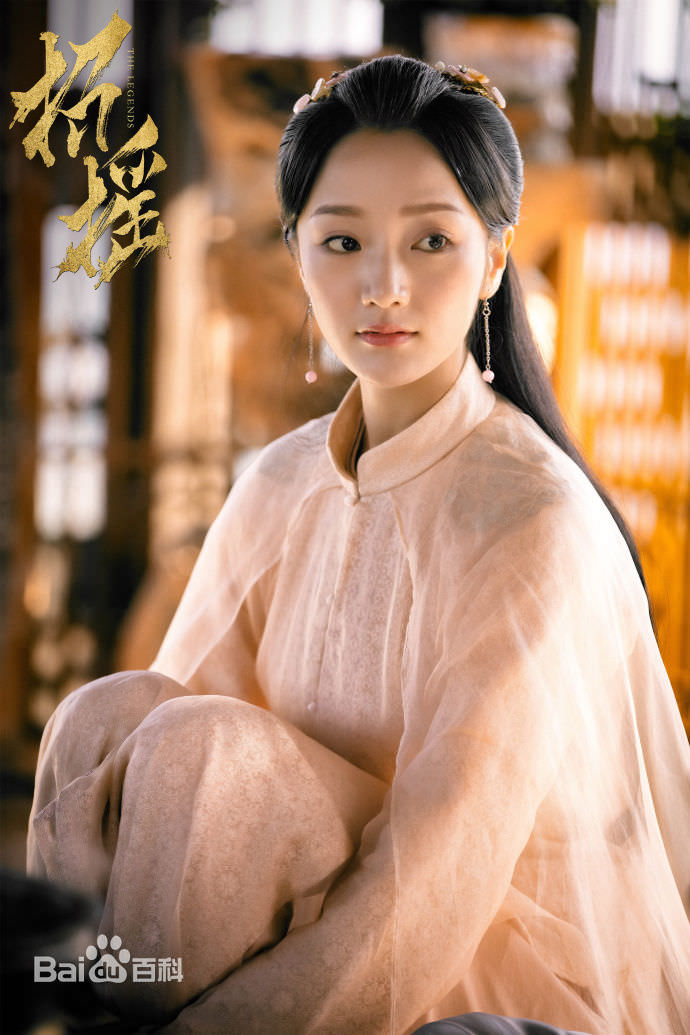 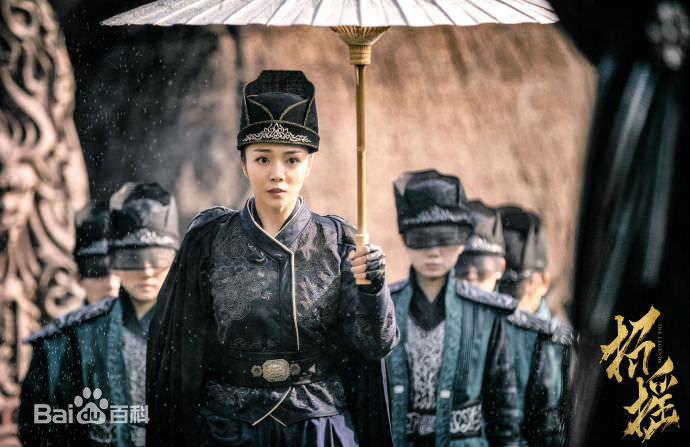 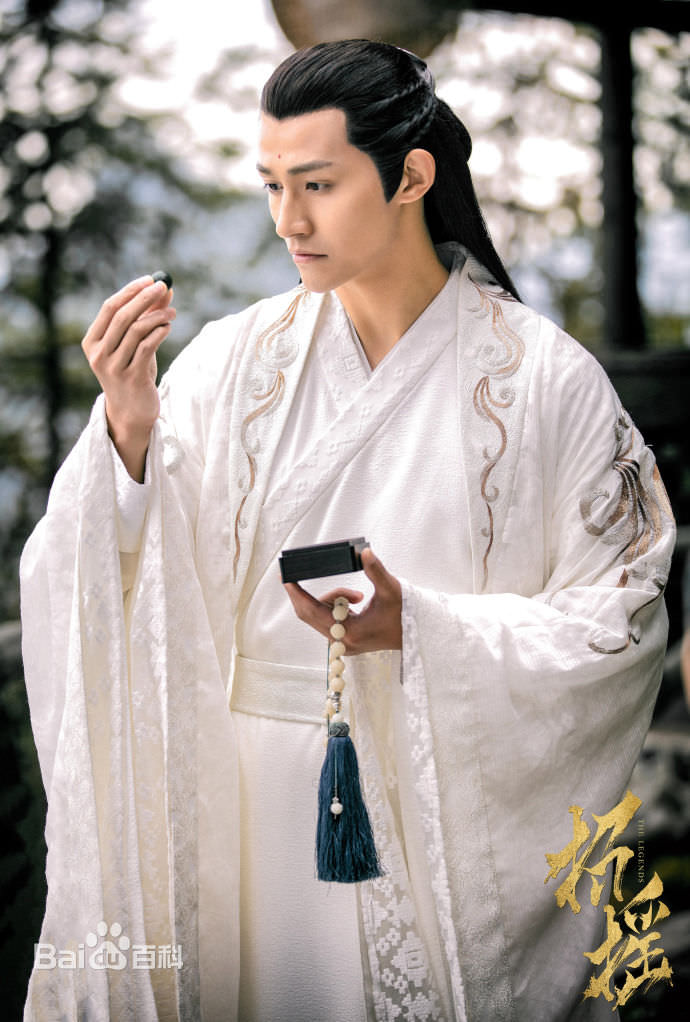 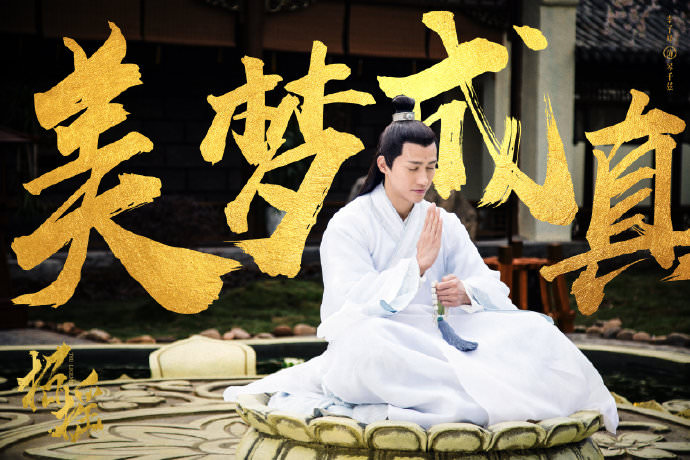 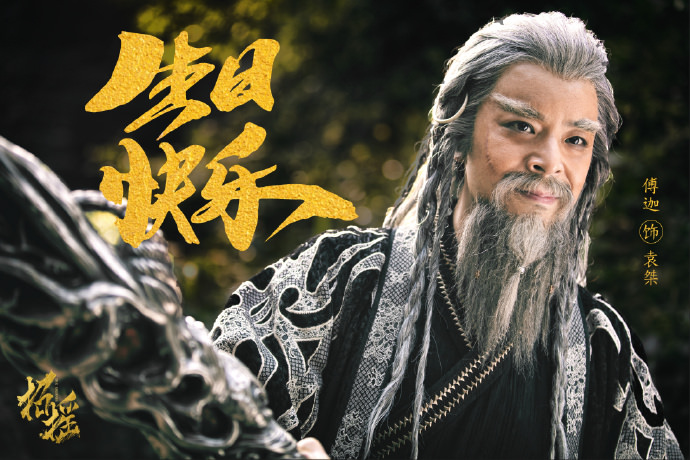 Feel free to ignore this section of the post 😅 My initial impression of the drama adaptation commencing was joy! Then after released of posters and what not, the excitation went down a bit lol. Anyhow, this is Jiu Lu Fei Xiang’s first novel to drama adaptation so please check the first episode for support! I’m not too sure if they will upload this drama on youtube, but we shall see if maplestage has it. Hopefully, someone can possibly provide english subtitles, but I’m not too sure on this as the drama hasn’t air yet.

As for the drama itself and the content, I’m not too fond of the English title as I don’t find it one bit creative lol. Aside from Xu Kai, I’m not familiar with the rest of the casting. Bai Lu is a relatively new actress who has starred in a few dramas and I think she can definitely pull off the cutesy portions of the story lol. As for Xu Kai, I’ve watched him in Story of Yanxi’s Palace and his acting was rather decent, but my goodness… that mark on his cheeks doesn’t look like disfigurement at all 😂. Even if I’m unsure about the acting overall, I’ll try to watch the show for support and to see how the adaptation turns out. I’m keeping my expectations low because I can see that they decided to change the narrative a bit here. Compared to the novel (which I didn’t get to finish completely), they’re going to tell the story in the beginning when the two leads first met, including the rescue by our female lead. From there, it seems that the narrative is going to lead up to the recovery of the former demon king’s sword and then from there, I do not see stills the female “dying”, so I’m assuming that they might not dwell to much on the spirit possession or the fact that she was pretty much a wandering spirit during the first half of the story. Zhao Yao might be more “human” like in this as she doesn’t look like the undead in here 😅 But we shall see how the story will unfold for this drama when it does air~

So readers, what are your thoughts for this drama?

8 thoughts on “招摇 Ostentatious Zhao Yao by 九鹭非香 Jiu Lu Fei Xiang is getting a drama adaptation this month (or so)!!!”

*NOTE: THERE CAN BE A DELAY DUE TO REAL LIFE CIRCUMSTANCES, 6-12 HRS DELAY POSSIBLE*

-There can also be delay in minutes-

I can’t address all the countries**

©bananachocolatecosmos.wordpress.com, 2016-present. Novel translations on this site is created for noncommercial purposes. Original Chinese texts are properties belonging to their respective authors and no copyright infringement are intended. Do not distribute or copy any novel translations without permission. Please linked to this blog only. Any ads located on this blog was placed by wordpress and not the blog owner.

Artworks: Unless stated otherwise, all artworks are properties of artists (whether the artist is linked or unknown).

This work is licensed under a Creative Commons Attribution-NonCommercial-NoDerivatives 4.0 International License.